The first nominee for this year's Lousy Billboard Creative Award is... 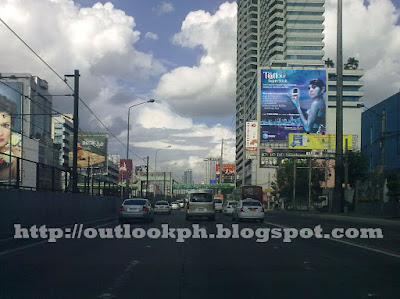 Our first nominee is Globe Tattoo. I'll be honest here. It pains me to nominate Globe Tattoo's billboard because:

This kind of billboard is the perfect example of what we were working against close to 10 years ago. No dominant branding. No contrasting colors. Cluttered text.

I will quote myself on the last post on the Accenture billboard:

Let's go back to the basics - Billboard advertisements are designed to catch a person's attention and create a memorable impression very quickly, leaving the reader thinking about the advertisement after they have driven past it. They have to be readable in a very short time because they are usually read while being passed at high speeds. Thus there are usually only a few words, in large print, and a humorous or arresting image in brilliant color.

With this, I have to hand it to Smart. Smart, you have better layouts. Clear Branding. Succinct Message. Striking colours.

So what is the unsolicited recommendation to fix this?

1) Let the hotshot creative folk sit under the media people for the media people to explain to them what works and what does not work in billboards. Explain difference between billboard and newspaper.
2) Ask the creatives to speed read everything on the EDSA billboard in 3 seconds. Give them a quiz and ask them what they remembered. Perhaps they'll get the point
3) Give the creatives the guide for the most recalled contrasting colors.
4) Let the client view the layout as pasted on the OOH copy test device (a calibrated layout which simulates the roadside scene at 200 meters when one stands at a designated distance)
6) Hire Team-O as consultants to the outdoor project.