The Elements of the Coke Environmentally Friendly Billboard

A+ A-
Print Email
Shown here are the elements of the Coke environmentally friendly billboard: 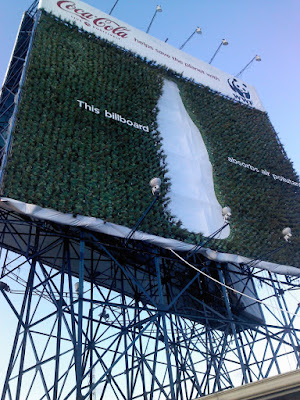 The billboard is made up of tea plants, planted sideways into 1.5 liter bottles of Coke. 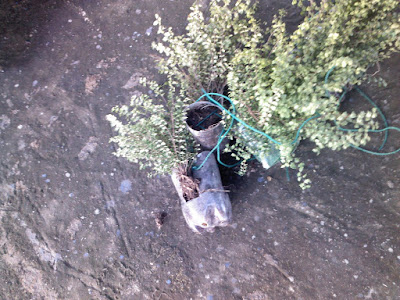 All these bottles with plants were hung on wires spanning the billboard. This is one neat EDSA Billboard.

EDSA Billboards - PRESS RELEASE: Coca-Cola Philippines and the World Wide Fund for Nature (WWF-Philippines) unveiled last 23 June the very first plant billboard in the country - an iconic structure to represent the long-standing partnership between the two organizations to make a positive difference for the environment. The billboard now crowns the Adriano Building, between Buendia and Kalayaan Avenues in Makati City.

The 60 x 60 ft. plant billboard, located along Northbound EDSA-Forbes, utilizes a thriving species of Fukien tea plant, which absorbs air pollutants. According to botanist Anthony Gao, each plant can absorb up to 13 pounds of carbon dioxide in a year, on the average. “This billboard helps alleviate air pollution within its proximate areas as it can absorb a total of 46,800 pounds of carbon dioxide from the atmosphere, on estimate.” Gao says.