Industry Standards : Understanding the Terms - Roll Up or Roll Down? 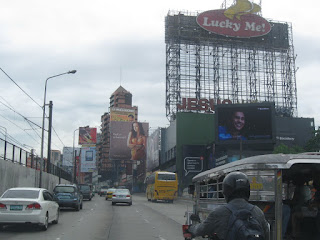 The recent scourge of Typhoon Falcon has forced the outdoor advertising suppliers to roll-down their billboard tarpaulins. Ooops, wait a minute - is the term roll-down the exact term for temporarily ceasing the display of the billboard given the inclement weather?

There was a time when roll-up and roll-down meant quite the same thing. Owe it to the peculiarity of the English language where a 'fat chance' is practically the same as a 'slim chance', agencies, advertisers and suppliers usually get involved in a spat of miscommunications due to the ambiguity over "roll-up" and "roll-down". So, what is it then?

If you were to ask me, I would like to push for the agreement of all that "roll-down" would be the appropriate term for temporarily terminating the display, given inclement weather or, dare I say it...non-payment of rentals by clients. "Roll-down" is more appropriate because if translated to Tagalog, it would mean - "nakababa" which actually makes more sense, and denotes that the material is uninstalled.

"Nakataas" would conversely mean that the billboard panel is installed and "Rolled up", and that it displays the ad material.

Hopefully, this simple blogpost, if we keep on forwarding this will gain industry acceptance that "Roll Down" means "nakababa ang billboard" and also means that "walang display ang billboard".