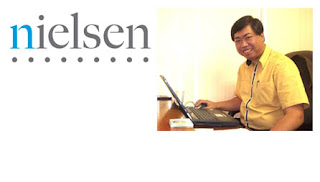 Jay has been with the Nielsen Company for fourteen (14) years and is currently the Executive Director of Nielsen Media Research Philippines.

Jay has extensive experience in media research particularly in the field of advertising information and audience measurement on TV, Print, Radio, Cinema and Out of Home media.
Aside from Nielsen Media Research’s syndicated TV, Radio and Print media information services, he has extensive experience in the field of customized media studies commissioned by local and off-shore clients.

Jay earned his degree in AB Communication Arts from the Ateneo de Manila University and a Master’s in Business Administration degree from the University of the Philippines. 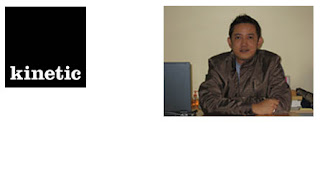 With over 10 years of media planning experience managing a diverse mix of clients and target audience. He is one of the pioneering OOH Media Planners in the country handling Nestle in 2000 being part of UniversalMcCann. Working along side with Poster Publicity he helped introduced the concept of OOH planning to the industry more than 5 years ago.

After Universal McCann, Rey joined GMA Network’s promotions department. He was part of the team who helped propel GMA to become number 1 in 2004. He opened the doors for more out-of-the-box OOH executions that remained to be a barometer of success for GMA programs.

Despite his extensive exposure to TV, radio, and print media planning he found his true passion in out-of-home media. With the undying desire to uplift the OOH industry andtake it to soaring heights he is now the Country Manager of the worlds largest OOH specialist company Kinetic Worldwide Philippines. 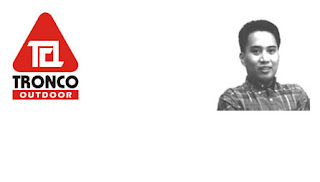 Lloyd’s first brush with Out-Of-Home media started 30 years ago when as a young boy he would scrape old paint from galvanized iron billboard panels for their family business in Bacolod City. He moved up to being Tronco Advertising’s chief executive in 1994.

In 2001, Lloyd divested himself of his interest in Tronco Advertising to join UniversalMcCann as an OOH Media Strategist upon the invitation of UM’s Managing Director, Ms. Venus Navalta, bringing along with him the inherent expertise in outdoor advertising. At UM, Lloyd handled the Out-Of-Home media requirements of the agency including Globe Telecom, Coca-Cola, Cathay Pacific and Mastercard until early 2005.

The past two years have found Lloyd working as a maven in the Out-Of-Home Media industry. Agencies, OOH media planning specialists, and direct clients call him for that urgently needed billboard site on EDSA or elsewhere in the provinces, while Out-Of-Home media suppliers call him for his business development consultancy. His consultancy is currently being retained by a growing number of outdoor suppliers who have realized the need for insight and broad perspectives in the growing business of outdoor.

He likewise provides insight in the OOH monitoring undertaking of Nielsen Media Research.