Tobacco Advertisers : The end for OOH 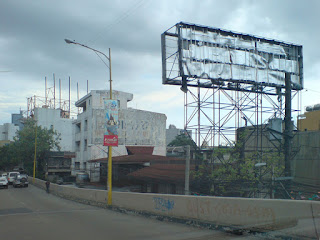 The good times had to end less than two weeks ago when finally, the Senate Bill regulating the Tobacco Industry mandated that Out-Of-Home advertising for tobacco products would cease.

Just a little bit before 2000 kicked in, tobacco products were among the largest spenders in Out-Of-Home media. In fact, Philip Morris with its flagship brand Marlboro, dominated the highways with its impressive spectacular billboards on Susana Heights, C5, and the C-5/SLEX ramp. Later on in 2001, panel sizes were reduced to 11x34 ft. and 17x22 ft. in compliance with the Senate Bill's 35 square meter restriction.

As the final minutes in the game were winding down, Philip Morris awarded the management of its OOH circuit to UniversalMcCann after a pitch in October 2003. UniversalMcCann took the reins of overseeing the OOH displays until all had to halt in the last part of June 2007.