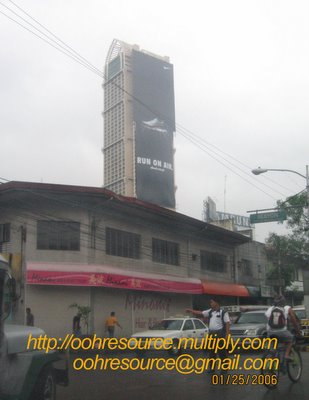 Just this week, Carranz Outdoor beat that record with an execution for Nike entitled "RUN ON AIR", placed at the south wall of the newly constructed GA Tower on EDSA-Boni Avenue.

I still have to get the specs for this but as it is, the banner is really an awesome site. Credit goes to Mindshare for pulling off this execution.