Trump Towers Over Forbes Via an EDSA Billboard 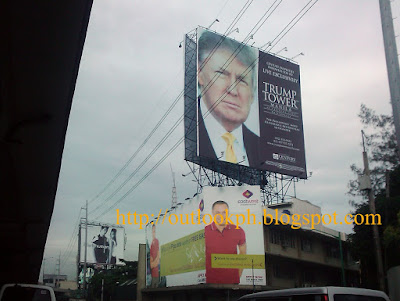 Real estate tycoon Donald Trump now has the best view of the metropolis being perched on a billboard overlooking nothing less than the posh enclave known as Forbes Park. Positioned on one of the most strategic billboard spaces on EDSA, Trump is the latest partner of local real estate outfit, Century Properties, for an exclusive condo project at the Makati-Kalayaan area billed as the Trump Towers.

Trump's northbound billboard is the flipside of the billboard of Piolo Pascual for sister project Acqua. This placement has taken the place of the environment friendly billboard of Coca-Cola.